If you know someone perfect for Britain’s Got Talent, you’ll be able to nominate them to audition in big series shake-up ..Entertainment 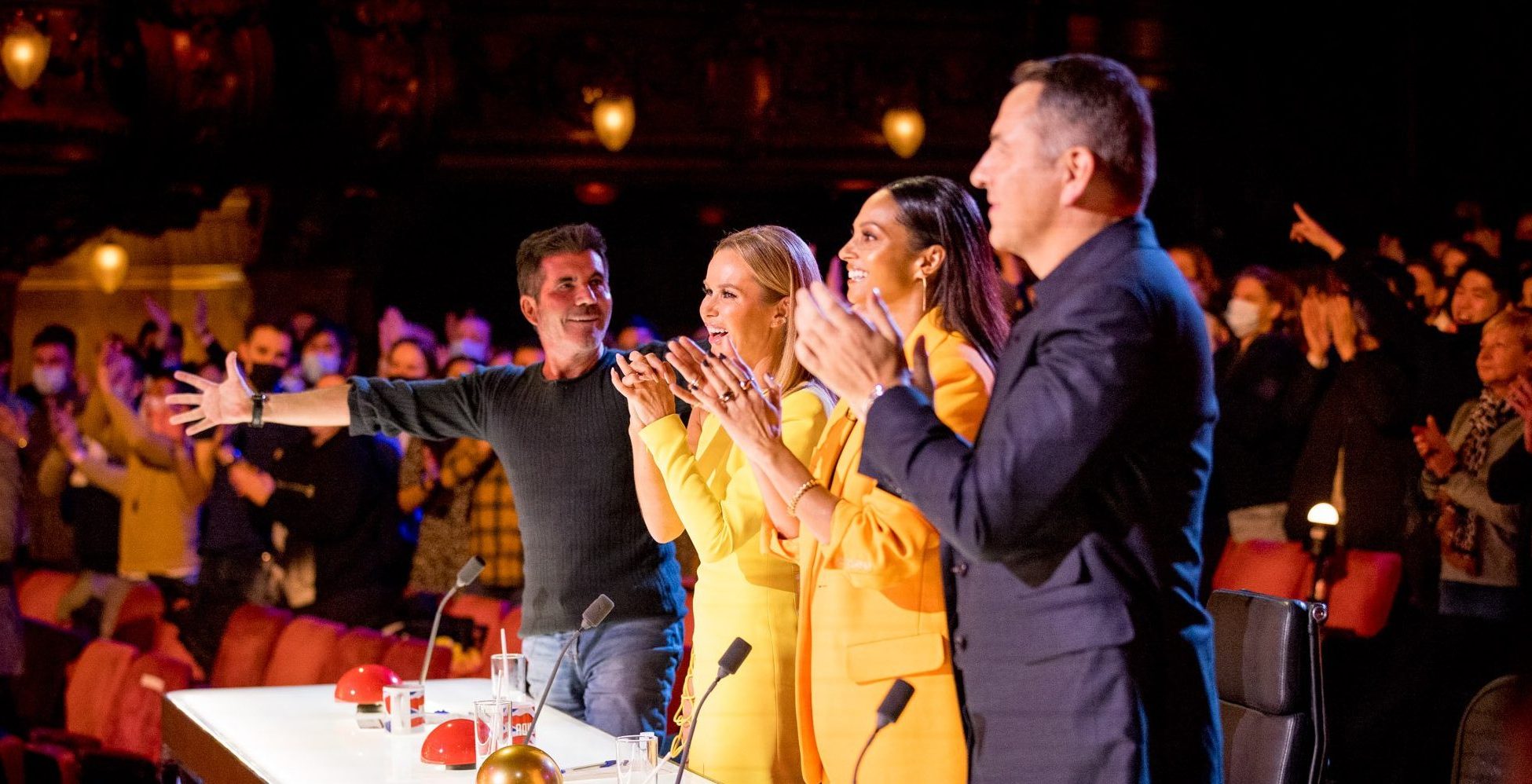 Entertainment - it 8217 s uncertain whether david walliams will return as a judge picture thames syco rex shutterstock if you know .. If you know someone perfect for Britain’s Got Talent, you’ll be able to nominate them to audition in big series shake-up , Now to the details.

It’s uncertain whether David Walliams will return as a judge (Picture: Thames/Syco/Rex/Shutterstock)

If you know someone with a secret (or not-so-secret) talent, now is the time to speak up, with Britain’s Got Talent now allowing members of the public to nominate acts secretly.

For the first time in its history, the ITV talent show is putting the call out to have people across the nation help them find the next big star.

So, if you think you know someone who’s destined for stardom but is yet to have their big break, keep them in mind in the coming months!

Hosted by Ant McPartlin and Declan Donnelly since it began in 2007, BGT will return for its 16th season next year, with auditions due to begin in January.

Contestants will once again compete for a £250,000 cash prize, as well as the chance to perform at the Royal Variety Performance in front of the royal family.

This year’s series saw a bit of a mix-up, with the introduction of Golden Moments.

Axel Blake was crowned the winner on the 2022 series (Picture: Dymond/Thames/Shutterstock)

This new element of the show gave the judges the chance to surprise an unsuspecting act, nominated without the act’s knowledge, to invite them to audition at the London Palladium.

Some of these moments included showing up during a rehearsal of the Voices of Armed Forces Children’s Choir, when singing doctor Bambang Atmaja was at a Heart Breakfast interview, when conservationist and poet Aneeshwar Kunchala was at school, and when Skylar Blu was in a dance class.

However, while the auditions will be starting within weeks, the judging panel for the upcoming season is yet to be officially confirmed.

Will you be nominating an act to audition?Comment Now

While it appears like Simon Cowell, Amanda Holden and Alesha Dixon will be back, David Walliams’ future is ‘up in the air’ following rumours that he has quit after a decade on the show.

He apologised for making ‘disrespectful comments’, but there’s been no confirmation on whether he is returning the line-up.

A spokesperson for BGT told Metro.co.uk that no final decision had been made around the 2023 judges.

‘The judging panel for Britain’s Got Talent 2023 will be announced in due course, the spokesperson said in a statement.

Comedian Axel Blake was crowned the winner of Britain’s Got Talent 2022 and performed at the Royal Albert Hall for the Earl and Countess of Wessex last week.

However David will appear in Britain’s Got Talent: The Ultimate Magician, which airs next week.

It will showcase the best musicians from the series as they compete against the very best magic acts from around the world.

Britain’s Got Talent: The Ultimate Magician airs on Sunday December 18 at 8pm on ITV.

MORE : Piers Morgan calls on Simon Cowell to bring him back onto Britain’s Got Talent judging panel amid David Walliams drama

If you know someone perfect for Britain’s Got Talent, you’ll be able to nominate them to audition in big series shake-up

if you know someone perfect for britain s got

This was the summery for If you know someone perfect for Britain’s Got Talent, you’ll be able to nominate them to audition in big series shake-up We hope that we have succeeded by sharing the full details of this topic. 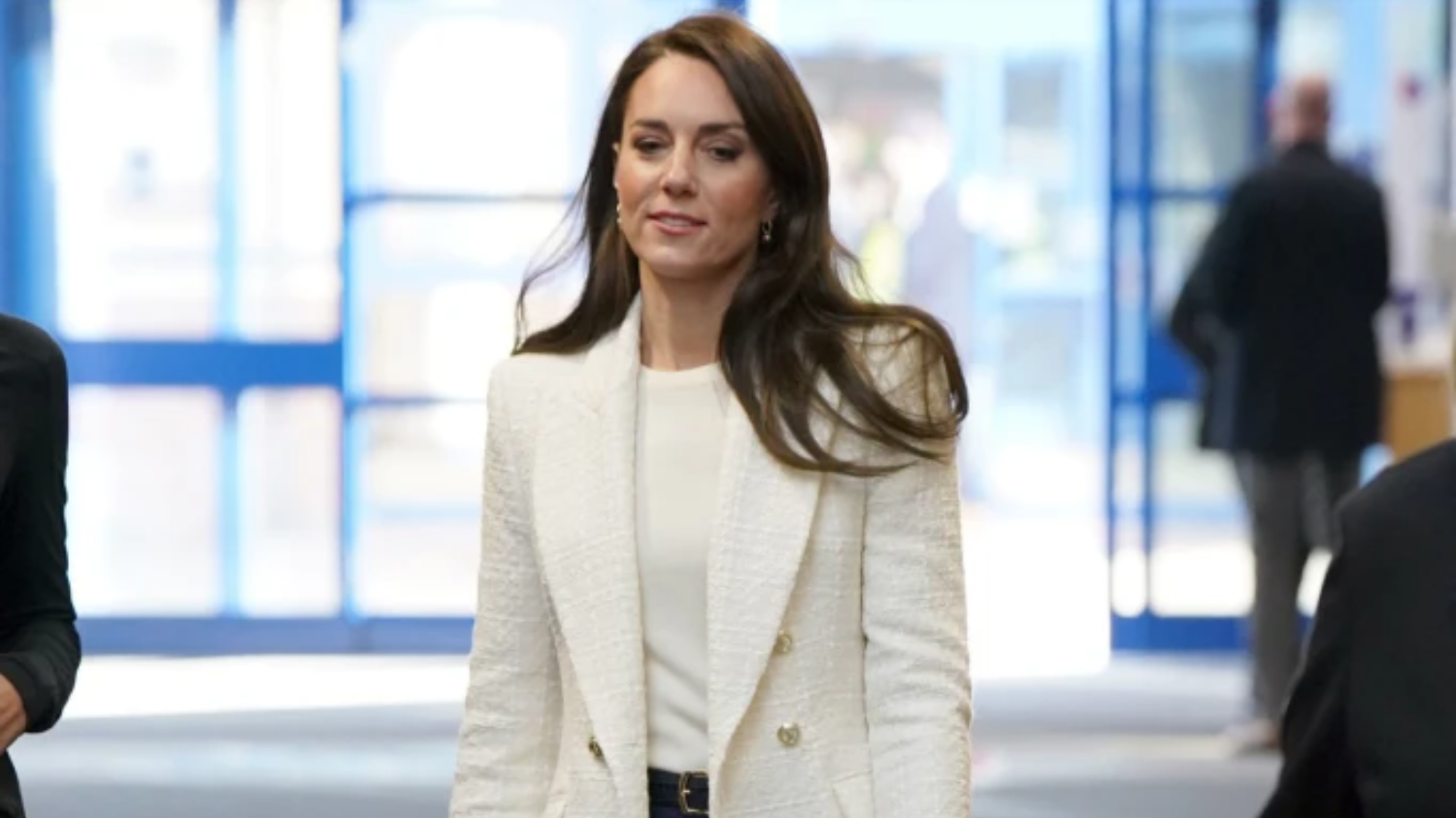 1 minute
Kate Middleton recycles Veja trainers and Zara blazer for off-duty look – here’s how to get her style Metro
We’ve seen the look before (Picture: PA) This article contains affiliate links. We will earn a small...

1 minute
Conor McGregor told he chose "perfect opponent" for UFC comeback fight The Mirror
Conor McGregor is set to finally return to the UFC after nearly two years out, when he will take on leading contender... 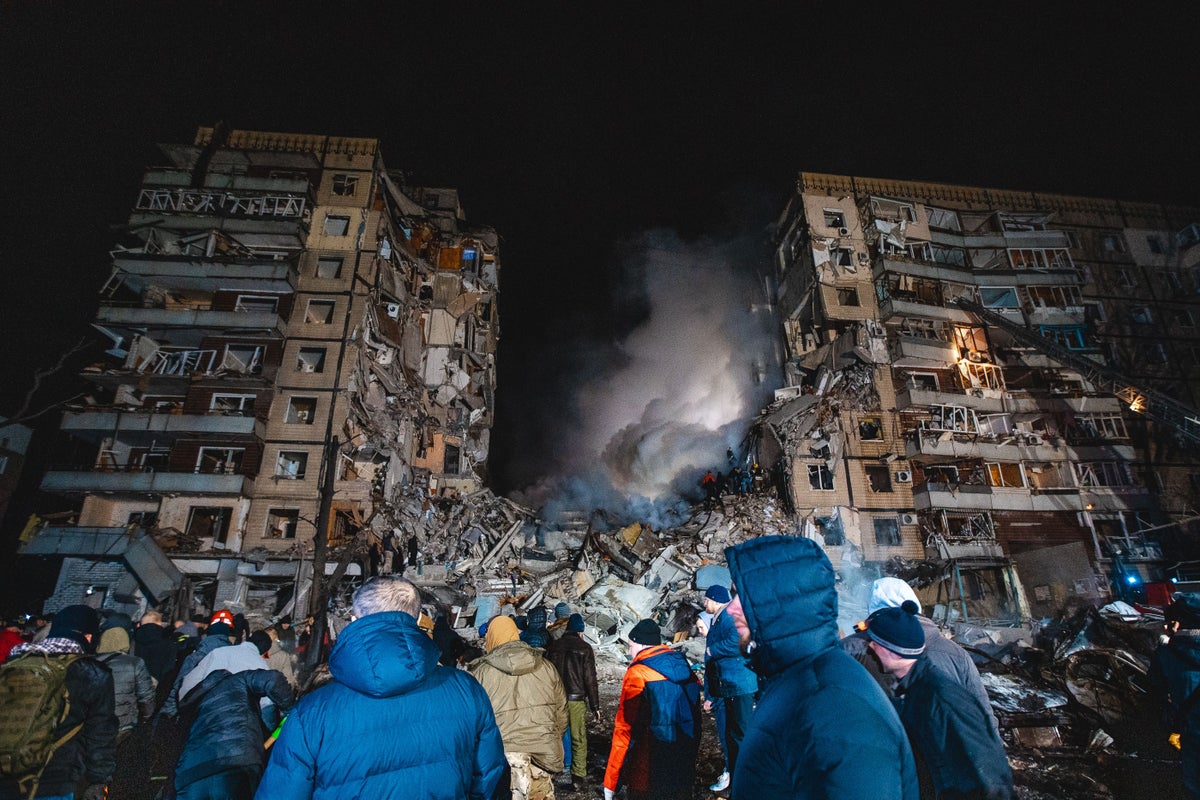 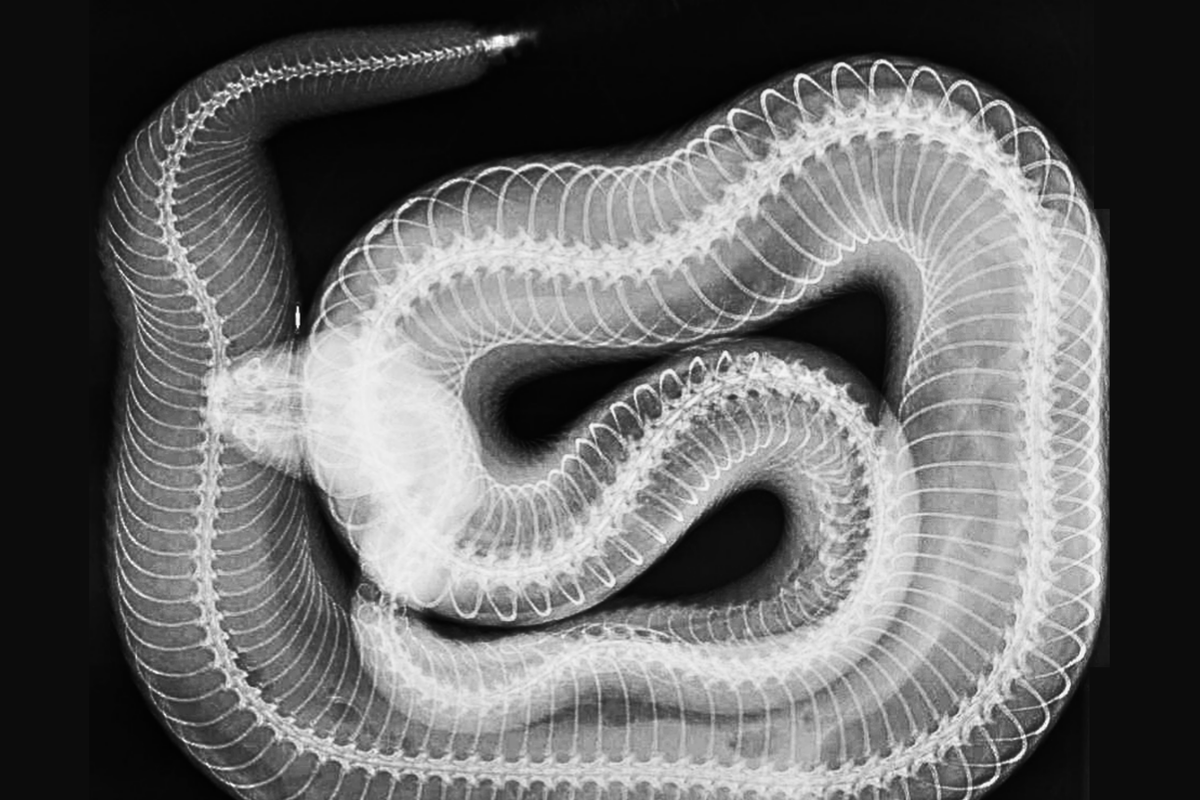 3 minute
Police stop-search on A500 ends in arrest Stoke onTrent Live
Police recovered suspected drugs and cash after stopping a car on the A500. Officers pulled over the vehicle on... 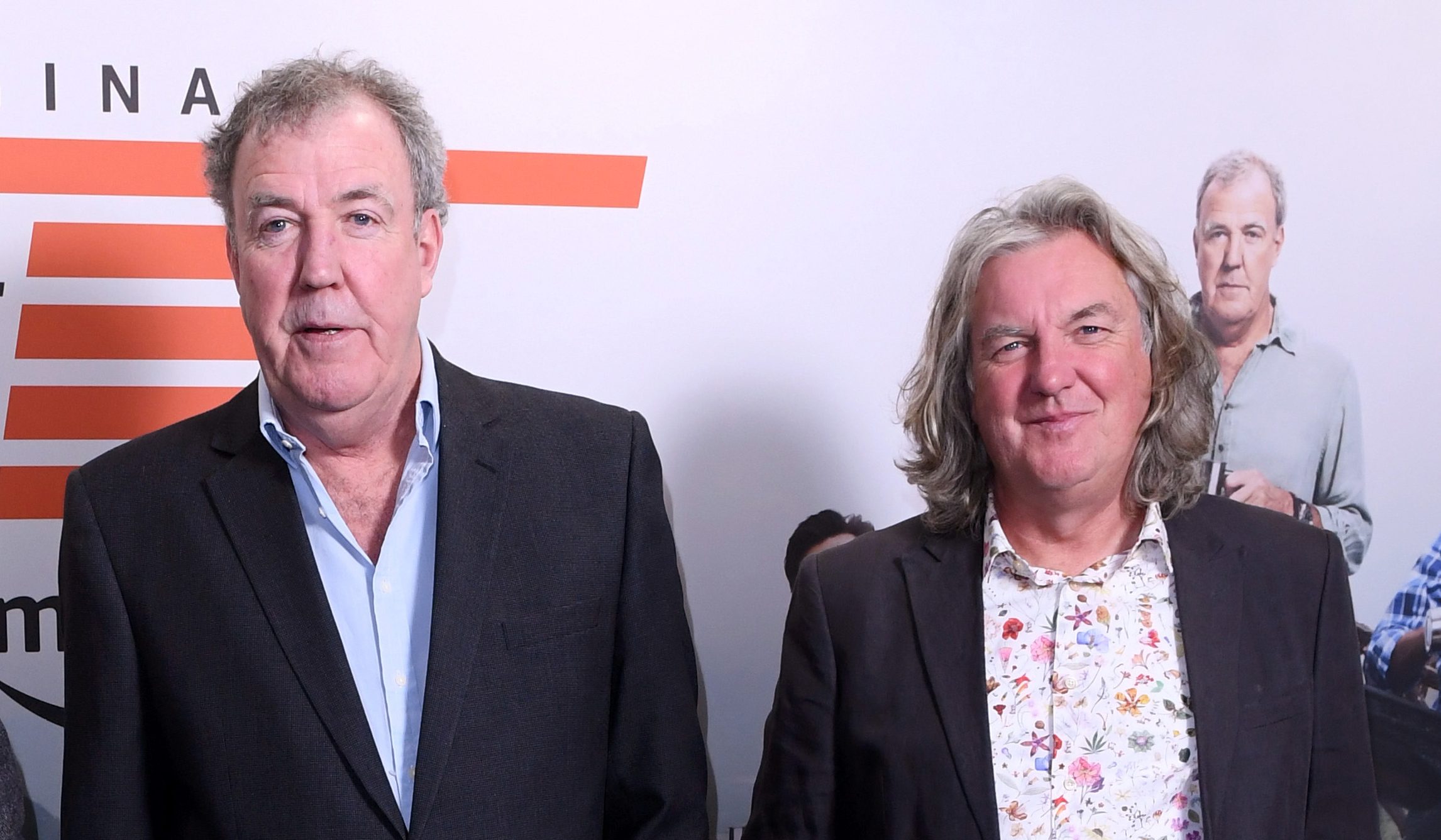 How we can ‘rewire’ our brains to focus on the positives in our lives and be more healthy Xbox Activision deal should not include Call Of Duty suggests UK regulator in final ruling Madonna blasts ‘ageism and misogyny’ after facing cruel jibes about appearance at Grammys Tiger King’s Joe Exotic leaves ‘everything’ in will to fiancé he met through internet dating competition Morrissey attacks former record company for intentionally ‘sabotaging’ his new album Fawlty Towers fans already dreading sitcom revival: ‘Car crash waiting to happen’ Ashton Kutcher reveals real reason he and Reese Witherspoon were so awkward on the red carpet Geordie Shore star Gaz Beadle’s wife Emma McVey updates fans on ‘slow recovery’ after heart surgery Watercolour nails are the new mani trend you don’t need a steady hand to master Katherine Ryan reveals rollercoaster story that led her to being locked out of house with newborn inside Valentine’s Day lingerie that isn’t a case of thrush waiting to happen Below Deck star Fraser Olender ‘sickened with rage’ after Captain Sandy Yawn snaps in tense row Incredible mansion that’s hosted four prime ministers up for sale for a cool £12million Priscilla Presley hangs out with Bam Margera and people are floored by their cosy photo Star Wars Jedi: Survivor gameplay has a cool homage to Super Metroid
Uk Press24