Joe Lycett wants to be reincarnated as Harry Styles and who can blame him ..Entertainment 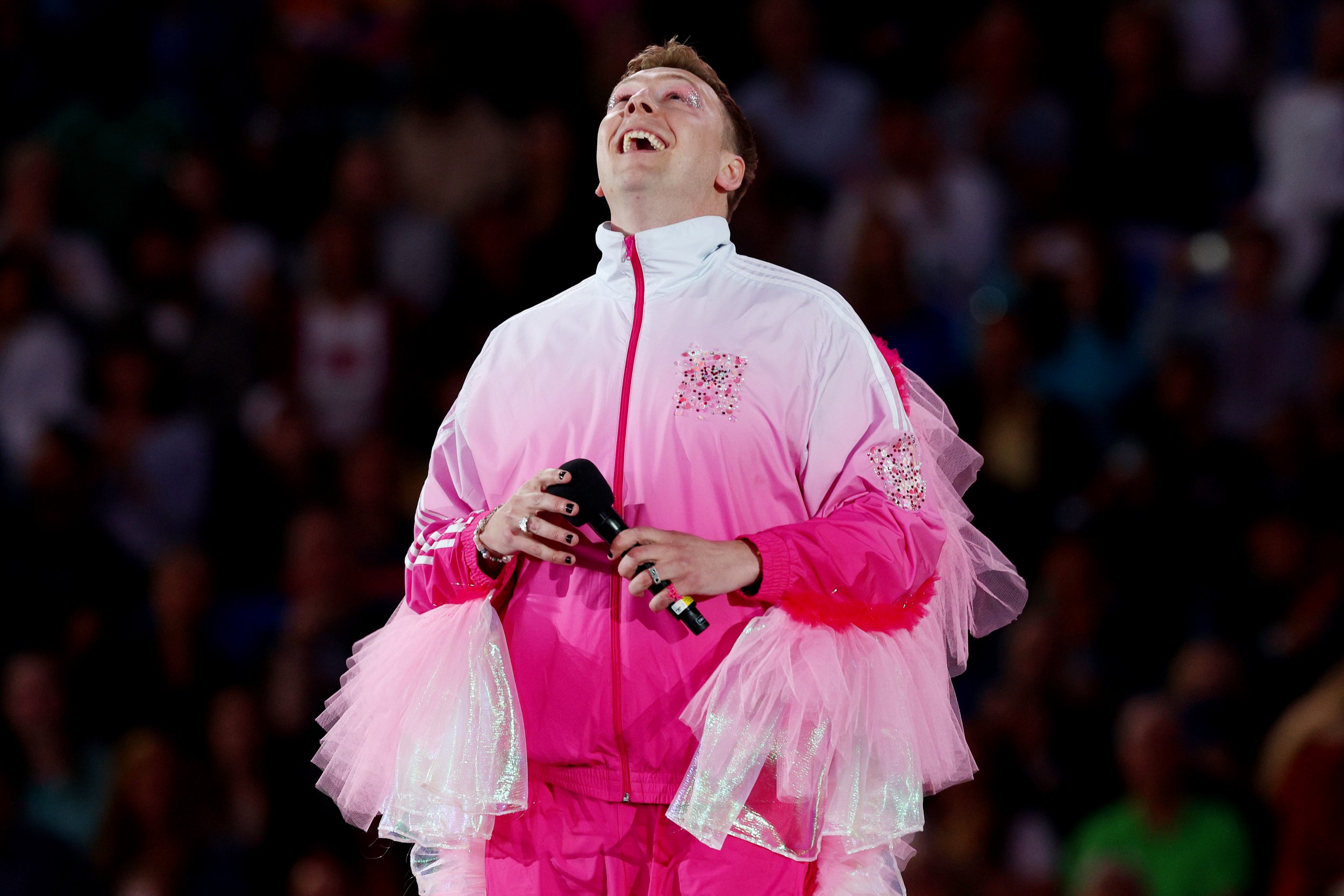 Entertainment - to view this video please enable javascript and consider upgrading to a web .. Joe Lycett wants to be reincarnated as Harry Styles and who can blame him , Now to the details.

Joe Lycett has revealed how he would like to say farewell to the world when his time comes – but don’t worry, he’ll hopefully be back as Harry Styles.

The Birmingham funnyman – who once changed his name to Hugo Boss for a TV show – shared his fantastical funeral ceremony in which the theme tune of The One Show would see him out.

Labelling it as ‘unexpected and funny’, the 34-year-old listed the famous BBC tune as the soundtrack to his coffin’s journey to the crematorium.

Admitting he had already informed his assistant of his plans, the star that recently challenged David Beckham over his involvement with Qatar amid the World Cup continued sharing his thoughts around death.

Speaking with Kathy Burke for her podcast Where There’s A Will There’s A Wake Joe said: ‘I had this idea, and I actually told my assistant this to kind of note this down.

‘That if I die, you know where there’s that bit when the coffin goes in and then the curtains close and they play whatever it is… I’d love that to be the theme tune to The One Show because I just think it’d be so unexpected and so funny.’

Joe Lycett claimed he wanted to return to the living as Harry Styles (Picture: Matt Crossick)

— Joe Lycett (@joelycett) December 6, 2022 Have you thought about your own funeral plans? Comment Now

Within the chat, the topic of reincarnation was also visited and the comedian opted to steal the identity of one of the world’s most loved musicians to return to the living as.

He said when asked what he would be reincarnated as: ‘Harry styles.

Before offering up his answer, Joe contemplated taking on the life of a baboon: ‘There’s a type of baboon that greats the males of the species with what’s known as diddling.

The funnyman also shared details of his funeral service on the podcast (Picture: Getty Images) Joe pledged to shred £10,000 for David Beckham to cut ties with Qatar (Picture: @joelycett/Twitter)

‘They just go and they tickle the c**k and bollies and they stick their tongue out kinda thing like that’, he explained mimicking the gesture.

The star carried on: ‘And I just think that would be great, I’d love to greet friends like that!’

Joe recently made headlines for promising to shred £10,000 if David Beckham didn’t withdraw his ambassadorship of Qatar amid the country’s human rights breaches.

Following the public announcement, the comedian revealed he in fact donated the money to LGBTQ+ charities rather than putting it through the shredder.

joe lycett wants to be reincarnated as harry styles

This was the summery for Joe Lycett wants to be reincarnated as Harry Styles and who can blame him We hope that we have succeeded by sharing the full details of this topic.

1 minute
Toyboy announces baby with pensioner 57 years older – but all is not as it seems The Daily Star
Giuseppe D’Anna, 19, left social media users shocked by claiming he is soon expecting a child with a woman who is 57...

1 minute
Everything we know about the long-awaited Fawlty Towers reboot so far Daily Mail
The plot for the long-awaited reboot are being kept tightly under wraps, but it will, of course, see the return of...

1 minute
King Charles and Queen Camilla meet British Bangladeshi community in Brick Lane Daily Mail
The King, 73, and Queen Consort, 75, were welcomed by dancers in traditional clothing and planted a tree during their...

1 minute
Strikes at Drax power plant may cause power cuts in UK, says union The Guardian
More than 180 workers plan to strike nine times in three months in Unite-backed dispute over pay Workers at one...

How we can ‘rewire’ our brains to focus on the positives in our lives and be more healthy Games Inbox: GTA 6 outselling GTA 5, Nintendo Direct predictions, and XCOM 3 hopes Fawlty Towers: John Cleese to revive series with daughter Madonna blasts ‘ageism and misogyny’ after facing cruel jibes about appearance at Grammys Watercolour nails are the new mani trend you don’t need a steady hand to master Morrissey attacks former record company for intentionally ‘sabotaging’ his new album Fawlty Towers fans already dreading sitcom revival: ‘Car crash waiting to happen’ Ashton Kutcher reveals real reason he and Reese Witherspoon were so awkward on the red carpet Incredible mansion that’s hosted four prime ministers up for sale for a cool £12million Katherine Ryan reveals rollercoaster story that led her to being locked out of house with newborn inside ‘Quiet thriving’ is the latest workplace trend all about re-engaging with work – without burning out Millie Gibson spotted filming Dr Who Christmas special as Bristol is disguised as Notting Hill This blow dry is designed to give you a face lift – yes, really Priscilla Presley hangs out with Bam Margera and people are floored by their cosy photo Hogwarts Legacy breaks Twitch record for most live viewers
Uk Press24