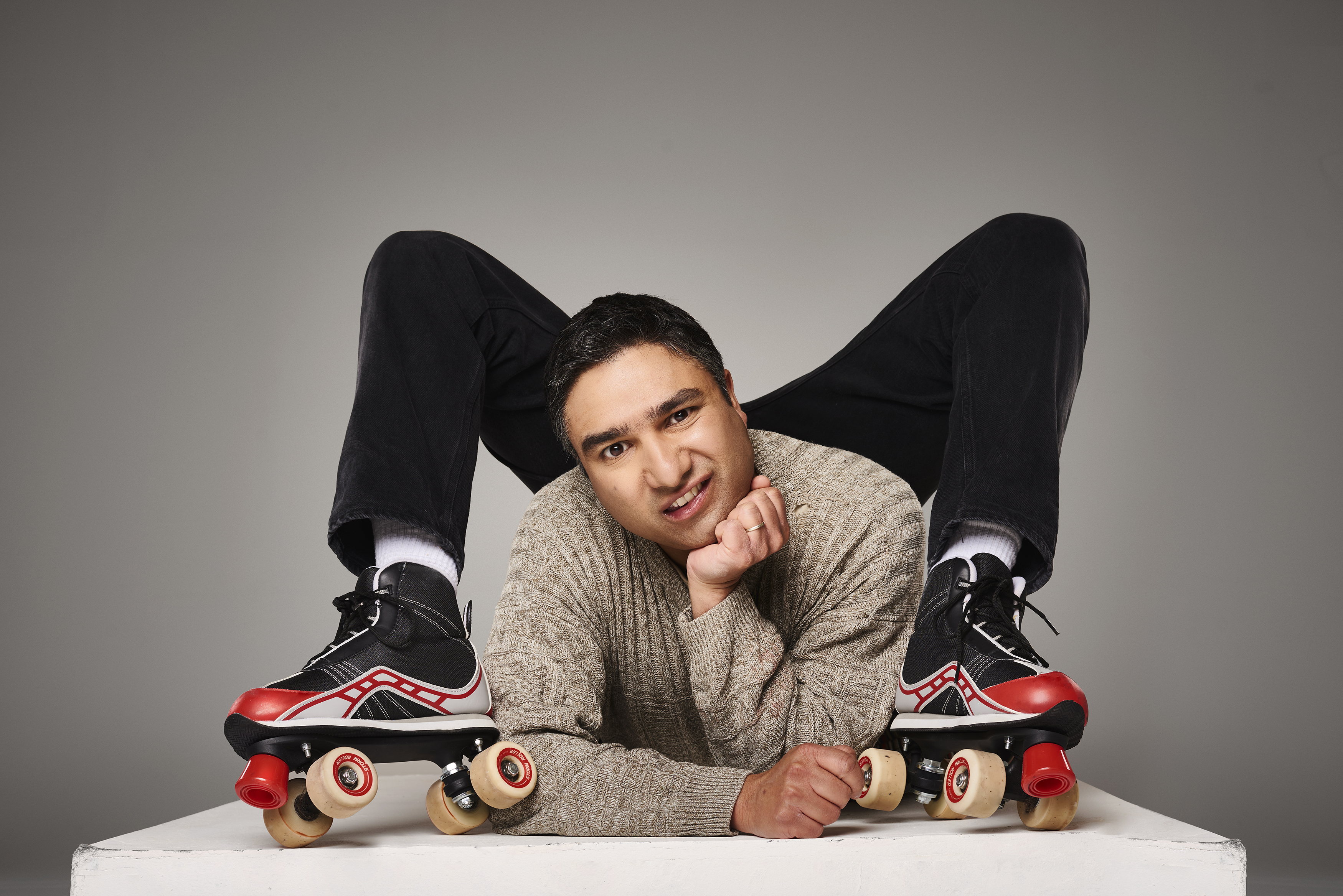 Entertainment - nick mohammed is gearing up for his live shows picture supplied lots of people adore nick mohammed for lots of .. Ted Lasso’s Nick Mohammed returns to his greatest love… live comedy , Now to the details.

Nick Mohammed is gearing up for his live shows (Picture: Supplied)

Lots of people adore Nick Mohammed for lots of reasons. For viewers of the US show Ted Lasso, he’s the put-upon kit man-turned-assistant coach Nate. For fans of British sitcom Intelligence (which he wrote), he’s Joseph, the tactless foil to David Schwimmer’s brash American agent.

And BBC Radio 4 comedy listeners will have been beguiled by his performance in the fantastically funny Detective Sergeant Nick Mohammed, another show he created.

He’s also got dozens of film appearances under his belt, and several more coming up, but right now he’s focusing on one of his greatest loves – live comedy performance.

And those who know him for his unique alter-ego, Mr Swallow, will be thrilled that he’s not only putting on a special Christmas show, but is touring a different one next year.

For the uninitiated, Mr Swallow is a squeaky-voiced magician whose ambitions, delusions of grandeur and inability to realise quite how rude he’s being contribute to scenes of entertaining chaos.

Underneath that eccentricity, he’s actually very good at magic – as is Nick, who’s a member of the Magic Circle – and has achieved some impressive feats in the past, including a death-defying escape from a water tank in the acclaimed comedy show, Houdini.

First up, A Christmas Carol-ish, in which he plays Mr Swallow, playing Scrooge in a production of the Dickens classic.

‘In typical Mr Swallow style, they realise they don’t quite have the rights to do this show in the West End so have to do their own version of it, effectively where Mr Swallow’s playing a Scrooge version of Santa,’ explains Nick of the show that contains songs, confusion and one or two magical stunts. ‘It’s a real Christmas mash-up.’

As well as comedians Kieran Hodgson and David Elms, both of whom have featured in previous Mr Swallow shows, the cast boasts Sarah Hadland, perhaps best known for playing Miranda Hart’s friend and colleague in her popular sitcom.

Nick’s passion for live performance is linked with his love of magic, a form of entertainment he’s adored since he was a kid.

‘The best way people can experience magic – or at least good magic – is live,’ he explains. ‘It’s like pure theatre because everyone’s invested in this idea that we’re going to make something impossible happen and enjoy it together. That almost has to be experienced live to truly remove all thoughts of whether there’s camera trickery or editing involved to make it look better.’

It’s natural to wonder how much of Nick Mohammed is in the vivid character of Mr Swallow. Not much, maintains the double Emmy-nominated writer and performer, who says he’s actually based on an English teacher he had at senior school.

‘He says a lot of things that I wouldn’t dare to say because he’s completely tactless and often quite rude and self-aggrandising – not qualities I’d ascribe to myself,’ says the famously polite and modest Nick. ‘Mr Swallow allows me to say certain things out loud.’

So, what’s the secret to a good enduring comedy character? Study the likes of Alan Partridge, David Brent or even Hyacinth Bucket and you’ll see several threads in common.

‘I think there always has to be an element of charm, even if we don’t agree with that character’s outlook or their attitude, or even if they’re downright irritating, as Mr Swallow can be,’ says Nick. ‘As long as we see flashes of vulnerability, or flashes of why they are the way they are.’

From March, Nick will be taking The Very Best And Worst Of Mr Swallow around the UK – his first-ever tour.

You’ll also be hearing from Nick in the next Chicken Run film, Dawn Of The Nugget, and seeing him in the next seasons of Ted Lasso and Intelligence.

And if all that wasn’t enough, his wife is also expecting their third child. That’s a lot of plates to spin, but if anyone can do it, it’s this funny, magical fellow.

MORE : What to watch this week: From Wednesday to Echo 3

MORE : Festive films to watch this year – from Scrooge: A Christmas Carol to Violent Night

This was the summery for Ted Lasso’s Nick Mohammed returns to his greatest love… live comedy We hope that we have succeeded by sharing the full details of this topic.

2 minute
Vegetarian who needed pig and cow heart valves to survive finally finds human donor The Daily Star
Keen runner Robyn Cairney’s long ordeal began back in 2009 when she was diagnosed with a congenital heart defect and...

2 minute
Inside abandoned Hells Angels-style home riddled with mystery bullet holes The Mirror
The haunting images of what could be a gangland ammo factory show a dangerous home of someone who lived the life of a...

2 minute
Who is Brazil winger Vinicius Jr girlfriend Maria Julia Mazalli? The Sun
VINICIUS JR has many fans as he is one of Brazil’s and Real Madrid’s brightest star wingers. But...

2 minute
Fifteen children have now died in UK from invasive Strep A Manchester Evening News
The latest figures from the UK Health Security Agency reveal that 15 children under the age of 15 have now died from... 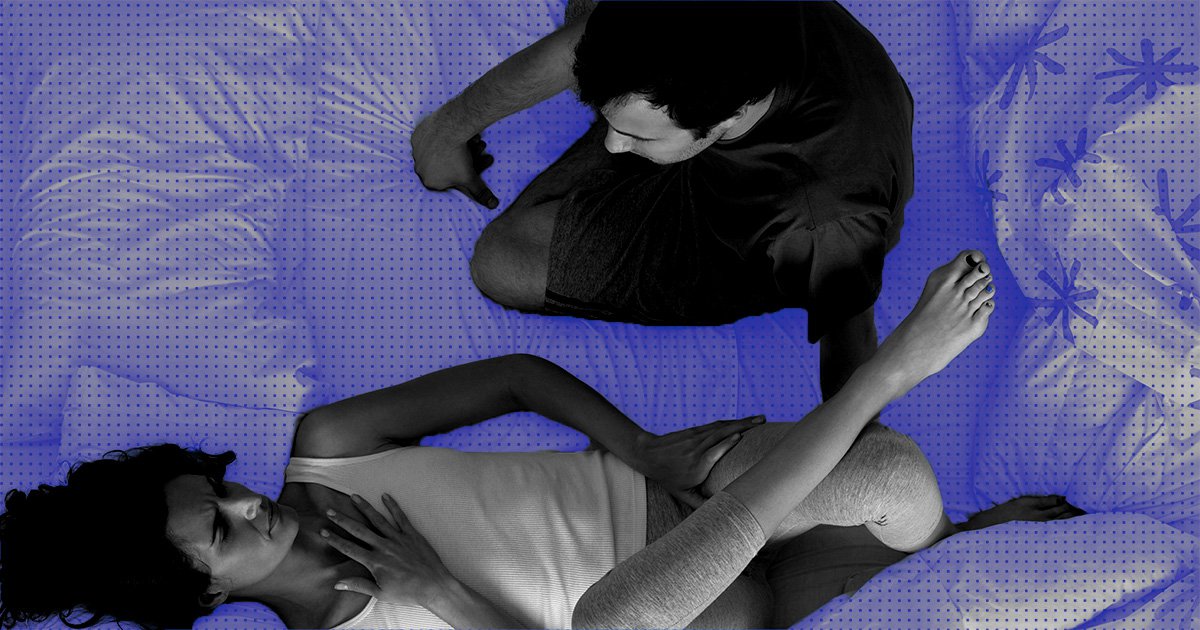 5 minute
How to bring up safe sex conversations with a partner Metro
Communication matters (Picture: Getty) Having safer sex is something we all know we should do, but not all of us...